CAD Control Systems is one of the leading manufacturers of control systems for major drilling contractors, and needed back up power for blow-out prevention. They required an ATEX Zone 1 rated UPS system that would provide 1.5kVA for at least 2 hours.

CAD Control Systems, headquartered in Broussard, Louisiana, is the industry leader in the design and manufacture of Control Systems and High Pressure Test Systems for the world’s leading drilling contractors. Operating in over 30 countries, a key product for CAD is their Blow Out Prevention Control System which is used in drilling operations throughout the world.

CAD’s BOP control system needed to conform with the directives of the American Petroleum Institute (API) – Specification for Control Systems for Drilling Well Control Equipment –  to provide a backup power source for a minimum of 2 hours. Previously CAD had deployed an uninterruptible power supply with battery in the safe area and run armoured cable to the BOP which was within the zoned hazardous area. However, CAD wanted to create a more elegant, self-contained solution. Additionally as many drilling operations were being reassessed as an entirely ATEX / IECEx Zone 1 hazardous area, it was clear that an alternative backup power solution was required. More specifically a solution that would provide a minimum of 1.5KVA for at least 2 hours in a range of ambient temperatures. 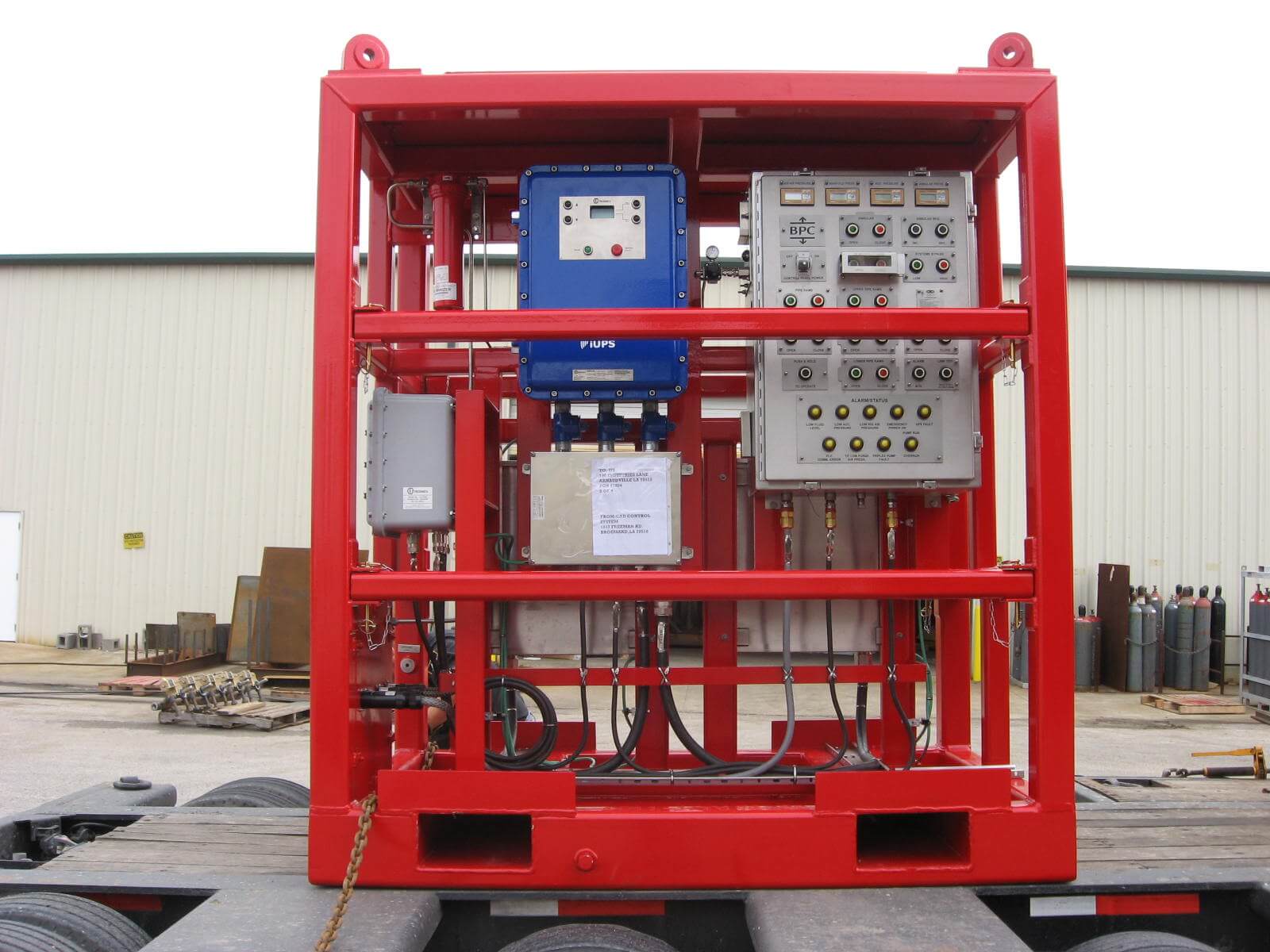 Extronics’ Sales Partner, Exloc Instruments, presented the iUPS concept to CAD to address a known need for backup power to operate CAD’s BOP control system in an ATEX Zone 1 rated hazardous environment.  Through a series of technical discussions, a full specification was developed which met all the criteria of both the API and of CAD’s end customer.  The system had alarm and status LEDs visible through a glass window. Surface mounted switches allowed configurable system control, and a stainless steel close coupled termination enclosure & external battery box meant that the main explosion proof enclosure did not need to be opened.

Brian Wright, Operations Manager at CAD Control Systems said “The iUPS101 is precisely what we were looking for in a Zone 1 backup system.  The ability to operate in a variety of ambient temperatures is vital and the small footprint of the system allows for flexibility in the overall design of the BOP control system. In addition, the service provided by Exloc Instruments from their Houston office has been a crucial factor in the overall success of this project.”

Please complete the form below to send an application for the selected job CAD Oil UPS for Blow-Out Prevention case study.