The Cordell Group had a requirement for an Intrinsically-Safe backup power supply within a Zone 1 area. Extronics designed and built a system. 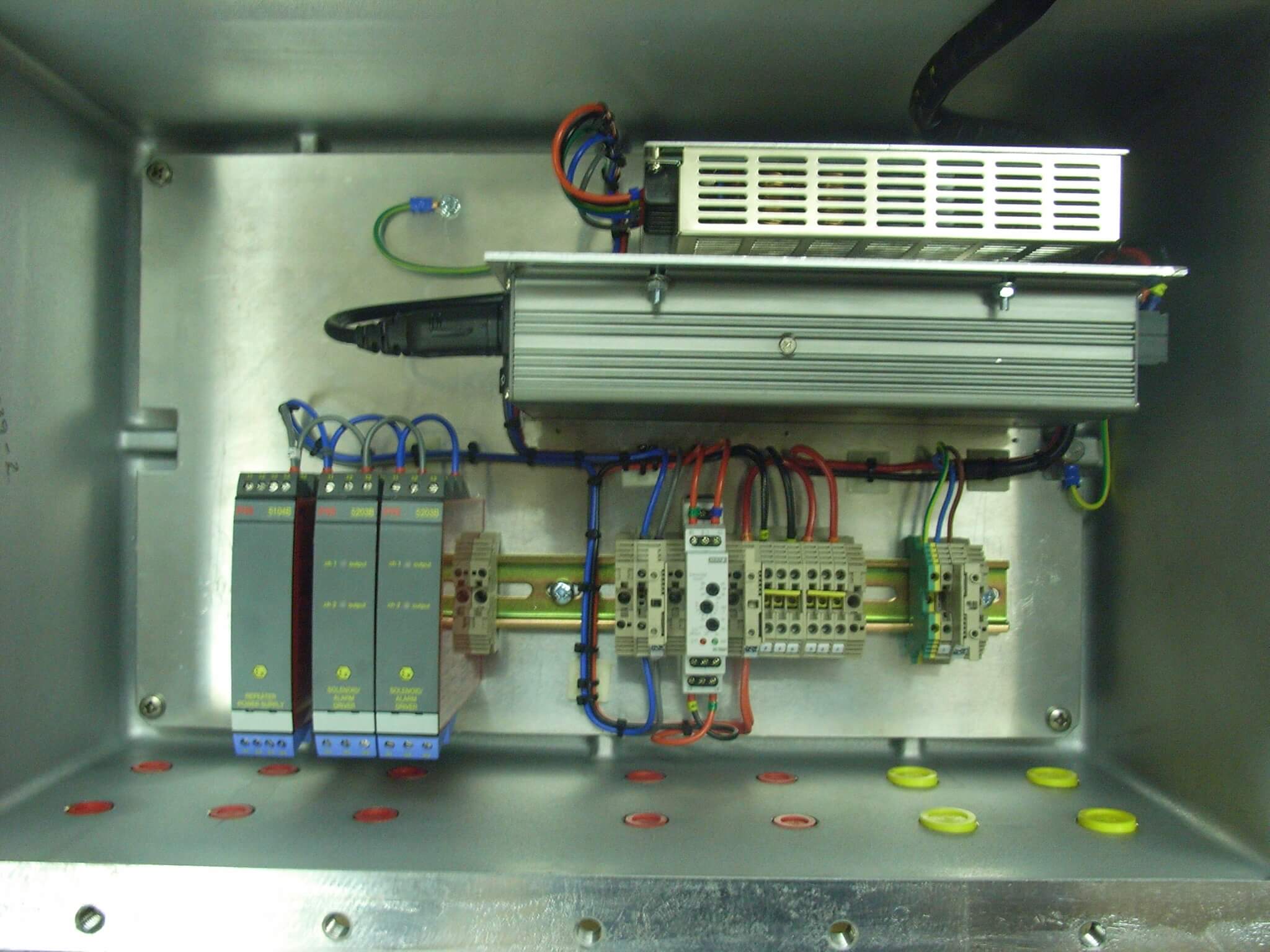 The battery back up system was designed and certified to operate in an ATEX Zone 1 area and IP66 rating.  The system comprised of a Flameproof Ex d enclosure containing a 24V DC PSU / battery charger, DC-DC converter, threshold relay, galvanically isolated barriers to provide intrinsically safe outputs and an Increased Safety Ex e battery enclosure for the redundant supply.

During normal operation when 240V AC power is available, the system was designed to charge a bank of lead acid batteries via a charger unit, which also supported and supplied power to a DC-DC converter that could accept a wide DC input voltage. The output of the converter was a constant 24VDC supply for the intrinsically safe barriers integrated into the system.

Critical to the systems operation was the ability to automatically and seamlessly maintain the 24VDC output by transferring the power source from 240VAC to the battery pack to support the installed field equipment without interruption due to the loss of power should the AC supply fail.

A threshold relay was used to maintain long term battery life and prevent deep discharging.  An isolator was mounted on the door of the Ex d enclosure to safely power down in the event of an emergency. 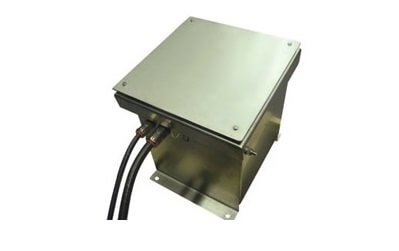 The IS battery back up system was certified for operation in a Zone 1 area IIB +H2 and was supplied with a comprehensive Technical Construction file which included all drawings, manuals and ATEX certificates applicable to the solution.

The system provided the end user with a guaranteed source of supply but the main advantage of this system was the inclusion of the Ex ‘e’ battery enclosure which allowed charging in the hazardous area eliminating the need for work to stop should a recharged be necessary.

Please complete the form below to send an application for the selected job ATEX Zone 1 Battery Back Up System for IS Field Equipment case study.