Why is location tracking important for worker safety?

The safety of workers, whilst always important, is moving higher up the list of priorities for investment. Companies operating within the process industries are always looking to ensure their workers are safe whilst making sure they are getting the biggest ROI possible.

Back in 2005, when the first intrinsically safe Active RFID Wi-Fi RTLS tags were made, the goal of the oil and gas industry was to use technology to improve worker safety. This is still true today, though adoption has been slow for various reasons, such as the maturity of available technology and concerns over costs and benefits.

Health & Safety legislation is also not prescriptive, meaning companies need to take reasonable steps to protect their employees but not specifying how. Using ‘best practice’ as a benchmark is a continually moving target, and when it comes to making significant investments in unproven technologies, no one wants to be first.

2020 has changed that and gives us a different picture. Wireless and RFID technologies are widely used to protect workers in other industries (such as the emergency services and healthcare) and high-profile process industry employers like Shell and Suncor are leading the way in creating best practice, and worker safety is coming to the forefront once more.

Why is there a need for a hybrid RTLS in process industry and hazardous environments?

Workers in process industry environments face a variety of risks over and above their counterparts in other industries. ‘Hazards of the job’ are that much more serious because there is a higher potential risk.

The risk of falling objects, fire, and explosion of flammable gas and dust are potential threats and whilst large-scale disasters are thankfully rare, they still occur. In 2010, eleven people lost their lives at the Deepwater Horizon oil rig in the Gulf of Mexico. In 2014, over 300 workers died in the Soma mine disaster in Turkey and in 2015, four workers at a wood processing plant in Cheshire, UK, were lost in an explosion.

These types of disasters are the ones to hit the headlines, but there is a huge range of more ‘everyday’ concerns for a process industry worker. From 2008 to 2017, 1,566 workers died from injuries in the US oil and gas industry; almost the same number of US troops were killed in Afghanistan during that same time.

Falls, crushing between heavy machinery or raw materials, machinery failure, and lack of oxygen are all causes for concern, as is the inherent risk posed by working at height, alone, or in confined spaces. Workers are at risk from exposure to radiation or toxic fumes, noise, and extreme temperatures. They are also subject to the same potential medical emergencies as all humans are; the risk resulting from a medical emergency, such as a heart attack, is made more serious by the physicality of their roles and their working environments.

A hybrid RTLS helps ensure fast response times by providing accurate location tracking for worker safety in the event of an emergency like these. What are some of the main operational challenges when considering a worker safety solution?

We must start by asking – what do we want our worker safety system to help us achieve?

This is the obvious one – identifying where workers are, their current level of risk, and making sure that they are accounted for. This often includes providing workers with emergency call buttons with which to request aid or alert the control room to a developing situation, as well as automatic mustering of workers during emergency evacuations.

Lone workers are, by their very nature, at a higher risk than those working in pairs or teams. They require ways to quickly call for help, but we should also consider tools to warn them of potential hazards like gas, and automatic alerts should the worker become incapacitated before they can raise the alarm, such as in a fall.

This is a specialised area of higher risk work, about which entire white papers could (and have) been written. Traditional management methods can be labour intensive, requiring watchmen for each entry and ongoing monitoring on site

Accurate recording of which workers (including contractors) are on site at any given time are absolutely required for compliance, invoice management, and security. It is also imperative that, should an emergency occur, every worker can be mustered and rescue teams can help those in need.

When companies are investing in costly construction or turnaround projects, time matters. Streamlining workflows, reducing time spent searching for tools and materials, and keeping projects on track is a major concern.

Many companies are still using old-fashioned processes and procedures to account for people, such as signing-in books or T cards. Some have moved to an access control system that provides more oversight, such as automated headcount, but still an old-fashioned solution. Point solutions for lone workers have been available for years, such as walkie talkies with man down alerts or personal gas monitors, but these are difficult to scale cost-effectively and do not provide any other functionality to combat other operational challenges.

How does an RTLS help overcome these challenges?

An RTLS is a modern solution for the operational environment of today. An RTLS monitors the location and status information of personnel and assets in real time, providing the latest business intelligence to inform everything from crisis decision-making to route planning and work schedules. It can often also integrate with existing solutions, such as access control and PAGA systems, as part of a site-wide IIoT connectivity program.

There are several key technologies that may be used to create an RTLS: What are some of the most common environmental challenges associated to worker safety and an RTLS?

Process industry environments can be very different from non-industrial sites, with its own set of challenges. The scale of processing operations can require sites stretching over large areas, such as the INPEX Ichthys LNG onshore processing plant in Australia at 361ha or Petronas’ RAPID project in Malaysia, covering 2000ha. Providing true site-wide coverage for an RTLS can become expensive.

Sites can encompass a variety of areas; indoor and outdoor, open and dense, flat and multilevel. To choose an appropriate technology, it is important to identify what areas are present and how workers are moving between them, so they can be monitored throughout their workday.

Process environments are also often highly metallic, which can cause interference with location signals. Multipath and interference have historically caused issues with Wi-Fi performance in application without line of sight, but the latest 802.11 standards and MIMO functionality have functionally overcome those problems from a connectivity perspective but can still present challenges from a location accuracy perspective.

Industrial facilities can also include hazardous areas, where there is flammable gas or dust in the atmosphere. Equipment used in such areas is subject to additional legal requirements to reduce the risk of explosion. The main standards for hazardous area equipment globally are ATEX, IECEx, and North American NEC 500/505. For ATEX and IECEx, covering the majority of the world, the IEC 60079 series of standards are typically used for the approval of equipment for Hazardous Areas. This is usually IEC 60079 Part 0 (General Requirements), Part 1 (Explosion Proof enclosures), Part 11 (Intrinsic Safety) or Part 15 (Type n). Any RTLS used on such sites would require certified equipment to provide full site coverage.

Even in industrial ‘safe areas’, which is to say that they are not defined as hazardous areas, rugged equipment is needed. Personnel are often working outside in variable weather conditions, and roles involve a higher proportion of physical labour where equipment can be dropped or damaged. Any RTLS would need to have strongly built components with high ingress protection (IP) ratings to prevent damage from the elements. They would need to be durable enough to withstand a normal work usage, small enough to not hinder workers, and flexible enough to be mounted in a practical way.

Industrial sites have a large number of workers moving around, meaning that more people are at risk. This number can also fluctuate, for example as contractors are brought in to increase production or to accomplish a turnaround. Any RTLS would need to be scalable enough to cope with growing headcount and incorporate the ability to view the site at macro and micro levels.

How can a hybrid RTLS help overcome this challenge at scale?

It is unlikely that any one location technology ticks all your boxes, and there is no silver bullet. Hybrid location is the only practical solution to the complexities of the use cases in the process industries. It involves using more than one or two location technologies as part of the same solution:

A hybrid location solution should involve multiple devices but can also involve a purpose-built multi-technology device. One technology alone cannot solve the diverse nature of the use cases either economically, in a cost-effective way, or practically, addressing the different physical and technical requirements.

Hybrid location is not a new idea. Indeed, the need to use multiple technologies was recognised by some RTLS vendors over a decade ago, such as those that introduced two location technologies early on. An example of that is the AeroScout and Extronics iTAG100, which uses active RFID and Wi-Fi.

However, the progression of geolocation technologies and improvements in implementation techniques over that time make hybrid location an attainable goal for the solutions of today.

John founded Extronics back in 1992 after cutting his teeth at Siemens. John is passionate about innovation and truly believes that the future of the process industries lies in their adoption of modern technologies. 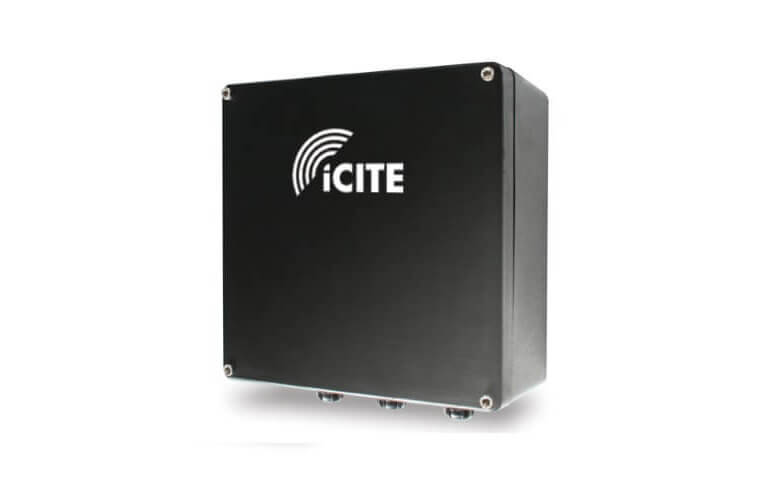