Extronics is delighted to announce the appointment of a new Chief Executive Officer, Chairman, and Engineering Director within their leadership team.

Current Chief Operating Officer, Phil Walker, takes on the CEO role as of June 2019. Phil has a wealth of experience in driving business growth and has his sights set firmly on the future. “I’m looking forward to leading Extronics in our quest towards being a truly great company and I’m fortunate to be surrounded by an excellent team,” says Phil. “We’re challenging ourselves with ambitious targets while staying very focused on continuous improvement”. 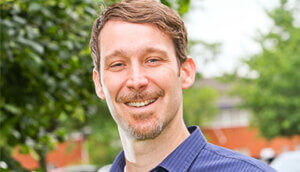 Phil previously worked at Stanley Black & Decker as part of its AeroScout Industrial division. In 2015, when the Aeroscout Industrial division was closed, Extronics was appointed as global distributor for the Aeroscout RTLS technology for the industrial market, as well as continuing its own investments in new RTLS product development for both safe and hazardous areas. Phil was keen to continue his involvement with the technology, so joining Extronics was an exciting proposition. Extronics is planning two new RTLS product releases in the next eight months, including introducing new GPS functionality to the market leading AeroScout range. 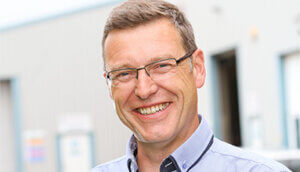 Previous CEO and founder, John Hartley, is taking up the role of Chairman and is continuing to participate actively with the sales and marketing teams. “I’m so pleased that Phil has agreed to take up the role of CEO and he has some great ideas to take us to the next level. I’m keen to get back to my roots in leading the sales and marketing teams, particularly with the upcoming product launches,” says John. “It’s an exciting time for all of us!”

Extronics also welcomes Julian Poyner as Engineering Director. Previously Group Engineering Director at Hoover Ferguson and from a highly technical background including a PhD in Engineering as well as an MBA, Julian brings strategic leadership to our Engineering and R&D departments. With over 30 patents to his name, Julian will lead development of our market leading products. He says, “I’m learning a lot, quickly, and I’m enjoying this new challenge. Innovation is my passion, and I’m glad to become part of a company where that’s celebrated as a core value.”