When installing a real time location system (RTLS) for worker safety, it is not uncommon for personnel to feel it is an attempt to track their every move, catching them out any time they run over a coffee break by thirty seconds.

The fact is location tracking is designed to increase worker safety and ensure that in the event of an emergency, all on-site workers are looked after to avoid serious injury or loss of life.

Worker safety becomes even more important when you consider that personnel in process industry environments face a variety of risks over and above their counterparts in other industries. ‘Hazards of the job’ are that much more serious, with a higher potential risk. Fire, working environment collapse, and explosion of flammable gas and dust are potential threats and whilst large-scale disasters are thankfully rare, they still occur.

Glynn Warren, Business Development Manager for Europe, has worked in the hazardous area equipment manufacturing sector for over 20 years, both as a Product Manager and a Sales Manager.

Glynn has been with Extronics for ten years, and previously spent 3 years with MEDC and 7 years with Newson Gale. Prior to this, Glynn worked in the textile industry and has shared a personal experience that helps put worker safety and RTLS into context.

Mustering During an Emergency

I used to work at a manufacturing company that had its site split across three buildings. The three buildings of the site were intersected by public roads. Vehicles could drive through our site meaning it was impossible to have single site muster points for evacuations.

When we arrived each morning, we had a very basic clocking-in system. Personnel signed in using a book at the entrance to the building they worked in.

In the event of a fire alarm or the emergency alarm, you were to go to the muster point designated to the building you signed into. That became a problem when you were at a different site location. In the event of an evacuation the person responsible for your designated muster point would get that book for your part of the site, look at the names, look at who was mustered, and tick them all off. For a basic system, that sounded fairly reasonable.

On one occasion there was a real fire. Fortunately, the fire service did manage to put the fire out with minimal damage and disruption. However, during the personnel check at the muster points it was discovered that there was a person missing. With no way of effectively communicating between muster points, people were being asked if they had seen the missing person. The fire services dealing with the fire had to decide what to do about that. Do we go in the burning building? What do we do about it? Someone is missing!

In fact, what had happened is that the missing person was safe over at one of the other sites muster points. Instead of returning to their designated muster point, they went to the muster point at the site they were at.

The person responsible for checking if everyone was accounted for at that muster point had not noticed that there was an extra person standing there that was not on their list. According to their list, everyone was accounted for. If the fire were more serious and the fire service had gone into the building looking for the missing person when they were perfectly safe, it could have resulted in more serious situation. The lack of clarity caused confusion and uncertainty during the decision-making process. Extronics RTLS solutions are based on standard Wi-Fi networks, therefore, eliminating the need for proprietary networks. Customers can leverage the same Wi-Fi network for other applications, such as data transfer or communications – consequently, resulting in greater ROI.

LF exciters can be used to automatically account for mustered and non-mustered personnel in the event of an emergency regardless of where they are on-site. The process can be automatically managed in the Aeroscout Mobileview visualisation software, providing you with real time information on which employees are in a ‘safe zone’ and understand the number of people required to safely muster.

This helps inform decisions about when specialist personnel and procedures need deploying to assist with the rescue and safety of non-mustered workers in the event of an emergency.

If you are interested in learning more about how Extronics RTLS can help improve your worker safety, please contact our team of experts today to discuss your use case. Contact us using the form below, email info@extronics.com, or call +44 845 277 5000. 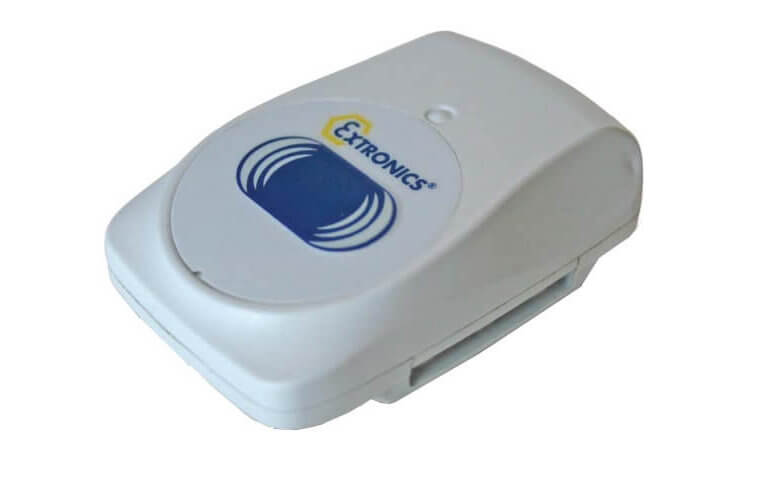